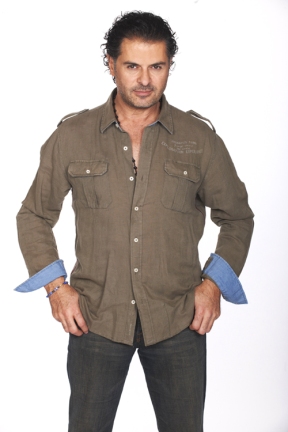 One of the best parts of being an Expat is having the chance to experience a lot of new things: I don’t know much about Arab music, but this seems a great chance to try something new and spend a fun night out!

Ragheb Alama is a Lebanese superstar and one of the judges on the Arab Idol panel.
He sings in Arabic, and he is set to perform at the newest venue in town, the recently opened FGB Arena at Zayed Sport City on the 28th of February.

According to the internet, Alama is one of the most popular singers in the Arab world, and his upbeat hits include “Ser Hobbi“, “Ya bint El Sultan“, “Albi Aeshkha“, “Yighib“, and “Allamteeni“, as well as his debut single “Bukra Byebrom Dulabak” which launched his career back in the 1980s.

This will be the first concert in a series called ‘Arabian Sensations’, which will feature popular Arabic artists invited to perform in Abu Dhabi.

Tickets for this concert starts at 295 AED and can be bought on Ticketmaster.

Click HERE to read more about MUSIC in Abu Dhabi.